Sustaining and preserving collections of knowledge and creativity for future generations

2020 has been a very unusual year, with tremendous changes to the way in which we all interact, work and learn. Libraries have had to close their doors yet continue serving their communities in new and innovative ways.

With the COVID-19 restrictions imposed on many aspects of life today, organisations across the globe find themselves challenged to deliver more and more of their services remotely. National libraries are no exception, with online collaboration replacing much on-site instruction and research.

The round table will feature the following panel list:

Kira Stine Hansen, Deputy Director and Head of Copenhagen University Library and member of the Board of Directors of the Royal Danish Library

Our Speakers and Moderator 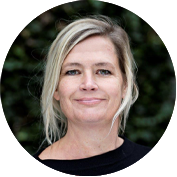 Kira Stine Hansen, Deputy Director and Head of Copenhagen University Library and member of the Board of Directors of the Royal Danish Library 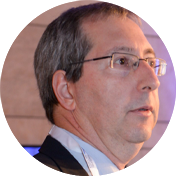 Mr. Oren Weinberg has served as the Chief Executive Officer of the National Library of Israel (NLI) since 2010, leading the Library through a process of transformative renewal, driven by the principles of opening access and encouraging meaningful engagement with NLI's treasures of Israeli and Jewish culture as never before. The Library’s renewal is taking place through a range of innovative and meaningful educational, cultural, and digital initiatives, and it will reach new heights with completion of the iconic new National Library of Israel building, currently under construction adjacent to the Knesset (Israeli Parliament) in Jerusalem.
Mr. Weinberg was the Director of the University of Haifa Library from 2004-2010, prior to which he served in a number of managerial positions at the University of Haifa Library from 1993-2004. He holds a BA in Art History and General Studies from the University of Haifa and an MA in Library and Information Studies from Bar-Ilan University. 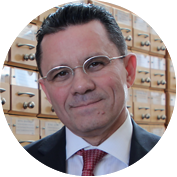 Vadim Duda was appointed Director General of the Russian State Library on 28 August 2018. He also serves as the Vice-President of the Russian Library Association, Vice-President of the National Association ‘Libraries of the Future’, Co-Chair of the German-Russian Library Dialogue, Co-Chair of the American-Russian Library Dialogue, IFLA MLAS Corresponding Member, member of the Interdepartmental Council for National Digital Library project, and coordinator of the Federal project of the Ministry of Culture for development of municipal (model) libraries in Russian regions.. 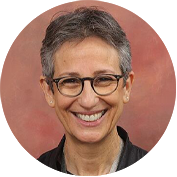 With a degree in computer science and mathematics, Tamar Sadeh began her career developing search engines for structured and unstructured data. At Ex Libris, a ProQuest company, Tamar has taken an active role in the definition and marketing of the company’s various technologies since she joined in 1999. In the past few years, she has been leading the Company’s initiatives around teaching and learning. Tamar holds a doctorate from City University London’s School of Informatics. In parallel to her work at Ex Libris, Tamar is a narrator for audiobooks at the Central Library for the Blind.